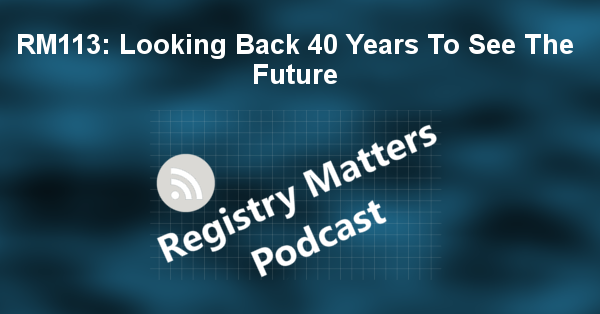 Read the transcript of RM113: Looking Back 40 Years To See The Future

Today’s episode tackles topics that are very disturbing. First, rock start attorney Ashley Cloud from New Mexico joins us to give us legal analysis and prosecutor perspective. Ashley is incredibly lively and passionate about her work as an attorney working on reducing the disabilities and restraints of the registry. We cover late breaking new out of Aurora, Illinois. We look back to the worst riot in US history to see the future (or present as it were). We cover exonerations using DNA. How to wreck the train on a bill. And much, much more!

[6:19] We then have an excellent discussion about the pushback from the district attorneys in New York fighting to NOT have a review panel. The prosecutors do not want to be watched. Why wouldn’t they want to make sure that they don’t have bad eggs in their camp tarnishing their name and institution?

[13:57] We slide over to a deeply disturbing tragedy that easily could have been seen coming: That is of course the deaths at the prison in Mississippi. We could have learned lessons from the worst prison riot in US history, even to this very day. In New Mexico, 40 years ago, 33 people died in this riot. We have a remembrance where we read off the names of all of those who died on that day. Back to Mississippi: It is absolutely pathetic that the Governor of Mississippi blames this tragedy on cellphones. The deplorable conditions of the prison are similar to what they were back 40 years ago.

[41:59] Rafael Ruiz served a very long prison sentence: 25 years. He maintained his innocence through this whole time. This probably why he was not released earlier. Often, until admit your guilt, the prison system feels you haven’t accepted your crime and punishment. Therefore you should spend more time until you’ve thought about it some more. Finally, 10 years after being released, DNA evidence proves he didn’t commit the crime. I wonder if more rape-kit tests would exonerate more individuals that are behind bars?

[1:14:09] An officer has been charged in the death of man in Prince George’s County, Maryland. The man, William H. Green, was shot several times by Michael Owen while he was handcuffed in the patrol car. How does this keep happening? Even if he was being non-compliant and resisting the officer. The man was restrained with the cuffs. There are so many options available to the officer from waiting for backup. Or using non-lethal means. The officer is not the judge, jury and executioner. Under all but the most extreme of circumstances should an officer kill a citizen.

[1:20:25] An interesting opinion piece by Walter Pavlo from Forbes magazine discusses that the perp walk is one of the first steps that we should take in providing for a fair trial to a person. We do have the presumption of innocence don’t we? Having all of the media documenting that someone is in cuffs, walking to the police car, surrounding by a whole cavalry of officers puts an image in the head of the public that the person is dangerous. “They wouldn’t have him in a perp walk if he wasn’t guilty.” And this colors the trial before it even begins.

[1:26:30] A piece from the Los Angeles Times talks about a bill being proposed that would treat all teens as juveniles. What a strange concept. We don’t allow teens (under 18) buy tobacco, and misc other things. We know very well that adolescent brains aren’t developed well into their 20s. Why would we consider that a crime committed by these same teens that they would have the capacity to appreciate the severity of the crime, and then to hold them accountable at the same level as an adult?

[1:34:15] Finally, we get Larry and Ashely’s opinion on a challenge files that challenges the enhanced registration requirements of the registry since Smith V Doe was decided in 2003.  They both feel it is a very well written brief. An analogy was made describing the registry as it was originally created like a backpack. And since then, more and more bricks are added to the backpack. By the time you get to the other side of the road, the backpack is far too heavy to carry. The registry is that way. The building body of case law around this subject is certainly evidence of this over full backpack.