RM106: What Is The Difference Between Supervision and Registration?

RM106: What Is The Difference Between Supervision and Registration? 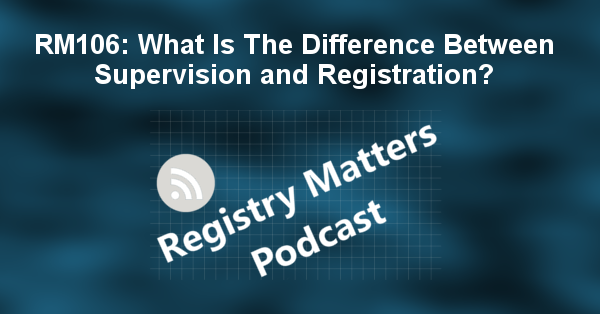 Transcript of RM106: What Is The Difference Between Supervision and Registration?

Today’s episode does a breakdown of the differences between supervision and simply the registry. The differences are massive. Beginning with the standard of evidence required to take away your liberty. While under supervision, you can have much of your liberty restrained as to relationships, and where you can be, your Internet usage are a few examples. When you’re beyond supervision, it takes proof beyond a reasonable doubt to convict a person of a violation of the terms of the registry.

We cover a slew of new items starting with Bill Cosby’s appeal and the specific challenge here of 404b. This allows the prosecution to bring  use “prior bad acts”. When they can put in prior bad acts, in the determination of whether you’re guilty or innocent, it’s it’s really, really detrimental.

In Kentucky, newly elected democratic governor Matt Bevin has restored the voting rights of thousands of those with convictions. Point here is that elections have consequences

In Pennsylvania, smaller group of legislators have come together on a bipartisan basis to to do a major reform. then it’s being hijacked at the last moment of the process by Republicans who say that whole we’ve got to keep mandatory minimums. this is just an example again, elections have consequences.

In Pennsylvania, Franklin County representative Rob Kauffman states plainly that if Megan’s Law is ruled unconstitutional, the legislature will go back to the drawing board and try again. Take these people at their word. He has said that if the courts a hand us a decision that guts Megan’s Law and the effectiveness of Megan’s Law. I believe the legislature as a whole will be prepared to act or reinstated in a manner that would respond to the court’s opinion.

Bail raised for Harvey Weinstein due to technical glitches in his GPS ankle monitor. This is pretrial. Presumed innocent until proven guilty? The technical limitations are very well documented and covered here at Registry Matters. Weinstein lives in an area with very limited cell coverage.

An Illinois inmate, who was handcuffed at the time, is beaten to death by three guards. He was left with a ruptured colon and broken ribs and six weeks later died of blunt trauma injuries. This is clearly a massive civil rights violation.

Landlords can be liable for what other people do. That’s just that was the whole point is you can be liable, but when hire people, you have a certain duty to screen who you’re hiring and keeping a safe workplace. Not just because you’re being convicted of a sexual offense that all the registry, that in and of itself doesn’t make you a danger to the workplace. But it does raise a question just as any other conviction does, about the safety of the workplace.

Unlocking your phone with a fingerprint, or a face-scan is not testifying against yourself. If you want to keep your phone secure you have to take some precautions using a long pass code, and other things. The key component is if it is testimonial or not.

Law enforcement agencies are using a “mind reading tool” to elicit confessions from people. Bottom line here is that there is no tool like this, and that includes the polygraph, that can “read your mind” or one that can determine if you’re lying or not. These tools do not pass the scrutiny of actual scientific standards are are total junk. Your liberty should not depend on pseudo-science.

Police unions across the country paint a picture of doom and gloom in reducing the pipeline into jail and prison. The ironic piece here is that generally it is a republican controlled legislature that is in favor of more local control of government. But when a progressive prosecutor is elected, they rush to tie the hands of the prosecutor.

A model law proposes automatic expungement for any non conviction records. Anything from the jury returning a not guilty verdict to a prosecutor deciding that the evidence had fallen apart. Or if a key witness dies. It could be a motion to dismiss for any number of reasons like failure to comply with discovery failure to meet the time deadlines for witnesses are for a day you know, you could the case could fall apart because of suppression of of motion to suppress a confession if that was key to the case. These are some examples of non conviction records that impose disabilities on an individual.

More prosecutors are trying to root out wrongful convictions to restore trust in the legal system. But they are meeting opposition. The states have done a lot of tightening up on terms of their state post conviction proceedings, in terms of what type of claims are cognizable post conviction. They really limit the timeline; When you can file things, and oftentimes, a wrongful conviction is beyond the window of time where they’re permitted to gain relief. It is a structural defect in the system. And this is where judges have to either legislate from the bench and ignore the law even though the person had whatever the number of months to bring their allegation or, or they have to say, I’m going by the law.

Miranda protections are being diminished in Kansas. Individuals will often waive their rights simply to go home. It is absolutely essential that you assert your rights continually.

A judge is receiving an awfully long sentence for chatting with an individual he believed was a 14 y/o girl, which was in fact the girls father who was abusing her.

Police officer in California uses lethal force for the second time in a year. This time a 15 year old was shot while fleeing.

In Aurora, 19 residents of a ministry have 30 days to vacate due to the proximity of a park near by. Thankfully attorneys Adele Nicholas and Mark Weinberg have done this type of work before and are representing these individuals.

Man serving a life sentence is challenging to have naughty magazines while serving his sentence. He is using a pretty novel argument.

[1:30:00] Differences between Supervision and The Registry