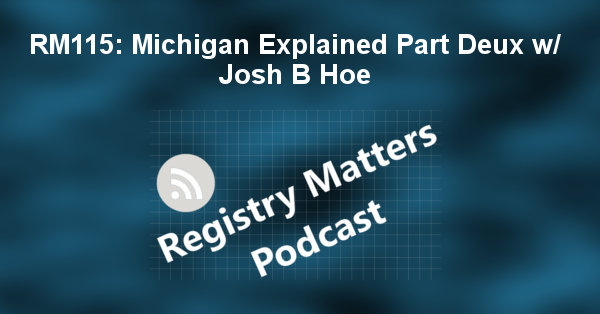 On Episode 115, this week we won a huge victory in Michigan. A massive victory that is going to force the legislature to act instead of sitting back waiting for the ball to be played on their side of the court. Judge Cleland has certainly put the ball back in their court. We had Josh B. Hoe of Decarceration Nation back on to provide the counter analysis with Larry. I have to say, this is super complex. I’m glad we’ve dedicated a second week to explaining this. Obviously, with the ruling from the judge there less speculation about what will happen. The next step is what is the legislature going to do.

We wanted to leave as much time as possible to dig into Michigan as much as possible. We only covered a couple articles that we thought would be the most fun.

[5:45] We start off with another segment of “Larry’s general rules on criminality”. The disclaimer here is that it would be better to not commit criminal acts. BUT if you are determined to do something criminal….. Don’t use the rental car GPS system to navigate your way to the destination. Don’t buy cleaning supplies at the same town where your activity is being committed. And finally, pay with cash; not a credit card.

[13:22] Facts show that a prison informant (snitch) lead to a significant portion of people being falsely imprisoned. This segment from ProPublica states that 20% of people exonerated from DNA evidence were convicted based on prison information testimony. 20% is a significant number of people put behind bars, in cages, for someone that lied.

[38:13] On to digging into Michigan. This is so complicated. Anybody who’s required to register in Michigan is getting some level of relief from this decision, because after the after the judgment is entered with this case, if the legislature doesn’t legislate within 60 days from that date, then SORNA is going to be completely abolished for a large group of people and it’s going to be neutered for for the rest of the people.

The judge has enjoined the state from enforcing SORNA in its totality against large group of people. And those people who have convictions date predating 2011.

On the negative side, the legislature is in a horrible position and they would face political suicide if they just let this go; and let SORNA disappear. They will be under immense pressure to put something in place to keep tens of thousands of people from vanishing off of the registration roster.