RM44: Why Your Delusionality Never Works Out the Way You Plan

RM44: Why Your Delusionality Never Works Out the Way You Plan 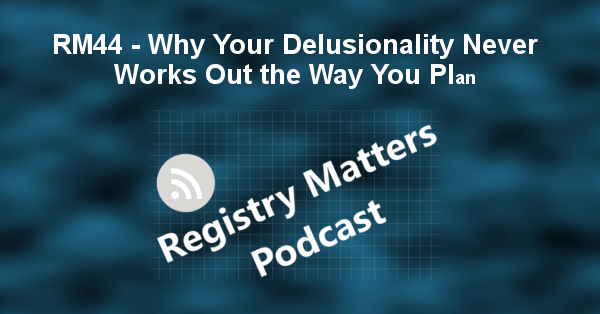 Larry and Andy talk about investigating cases three decades after the alleged event; In Texas, Persons who have finished their sentence are sucked back into the registry after dozens of years; Civil commitment patents released by doctors, and victims advocates haven’t had enough; Man alleged to have kidnapped a woman, gets probation and no registry; Can you believe it: People with sex crime convictions get prison; Is James Madison rolling over in his grave?; Vigilante justice to the rescue!; Americans have now tarnished SCOTUS too; Why isn’t Maryland investigating the SCOTUS nominee?

[23:45] For some sex offenders, their deal with the state wasn’t really a deal
https://www.mystatesman.com/news/crime–law/for-some-sex-offenders-their-deal-with-the-state-wasn-really-deal/iPyEx9Mk27DGdGBnI6hjuM/

[59:40] Hendersonville in TN man targets sex offenders in shooting rampage Where is this?
https://www.wsmv.com/news/hendersonville-man-targets-sex-offenders-in-shooting-rampage/article_82f495d8-bd4f-11e8-92ce-3b758e2be959.html

Share the podcast with those you know so that we can continue to grow our audience! We continue to receive a lot of positive feedback. Help us grow!
http://www.Registrymatters.co/rm44-why-your-delusionality-never-works-out-the-way-you-plan
747-227-4477
registrymatterscast@gmail.com
https://www.patreon.com/registrymatters
Discord server? https://discord.gg/DAmupkf

6 comments on “RM44: Why Your Delusionality Never Works Out the Way You Plan”