RM109: Is There A Double Standard In Allegations 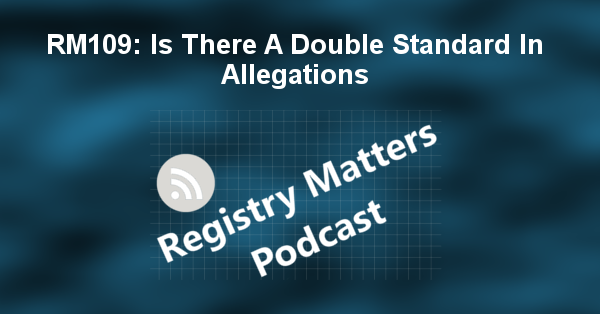 Read the transcript of RM109: Is There A Double Standard In Allegations here

Happy New Year from FYP Studios! This episode tackles the concept of reputation effect of Pennsylvania brought up by a listener. We are waiting for a supreme court decision out of Pennsylvania before we do a full on deep dive. Then we move over to a he-said-she-said and what appears to be an inconsistent standard. I’ll let you be the judge if it’s consistent or not. We also talk about Arkansas seriously limiting where registrants can live. Law enforcement claims it’s hard to track them if they’re homeless. Over in Wisconsin, giving officials your internet identifiers (email, etc) is NOT a violation of your first amendment. Because you have 10 days to do it. Giving you the ability to remain anonymous for that time. Tennessee is poised to become another state that mandates chemical castration for certain offenders. And finally closing out the show with a question regarding the conflict from two circuits on how much Internet freedom one has while on supervision.

[ ] Listener question from Stephen about reputation stuff in PA

[59:30] An email from rick:
Have you heard about the very recent 10th Circuit decision US v Michael Blair? It seems to greatly contradict the 8th Circuit decision in US v Kevin Carson regarding internet use and other blanket probation restrictions. I would love to hear about it on a Registry Matters podcast. Thanks for all you do!

We record the show live usually on Saturday nights at 7pm Eastern. You can join the discord server and listen live.

But if you can’t listen live, you can always do in on-demand; which is the whole point anyway – to listen on demand. We want to make this available to you at your convenience. If you would do me a favor and subscribe. This is doing yourself a favor to subscribe in your favorite podcast application Apple or Google or Stitcher slacker pocket casts overcast, whatever, you know, even YouTube by subscribing you do two things:  one you make sure you’ll get that episode the minute we posted it’ll come right down onto your device so you can have it plenty of time for your Tuesday morning commute, but you also send a signal to those apps. Hey, people listen to this show and it will help other people discover it as well