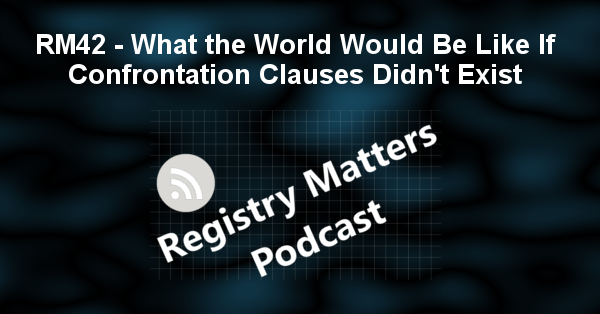 This week brings us to Episode 42 of the podcast. We are deeply humbled receiving yet another patron, Tim! Thank you to all of our patrons for supporting the show.

Does NARSOL get credit for the shelters being open during the hurricane in the Carolinas? Press release here: https://narsol.org/2018/09/narsol-to-north-carolina-open-emergency-shelters-to-all/

We delve into the weeks news and comments with some good news, but also some bad. You’ve made it to the big screen – Oh wait, your past gets your scene removed from the movie; “I forgot” to tell you about my social media accounts – in jail on $50k bond; We have a mindset of cruelty  when considering our criminal justice system and we need to rethink it; Is there actually benefits to being on social media – like being social?; A case of NIMBY in Wisconsin; Washington state has vigilantes trying to publish their on registry lists; NJ Congresswoman has a list of things to fixing the US prison problem – Liberal doogooders!; It might be a great time to get a job as a formerly incarcerated; Can you please give me my confrontation clause; Convicted of certain crimes, no SNAP benefits for you; Don’t assume that you’re approved to go to a school event; Nebraska is confused when registering juveniles.

[35:30] Hartland residents want to ban sex offenders from living near their kids
https://www.wisn.com/article/hartland-residents-want-to-ban-sex-offenders-from-living-near-their-kids/23000445

[55:40] Low unemployment means a criminal record is less of a hurdle
https://www.pbs.org/newshour/economy/making-sense/low-unemployment-means-a-criminal-record-is-less-of-a-hurdle